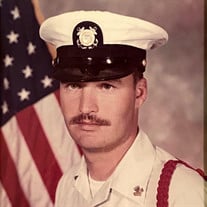 Joseph F. Hedrich on July 3, 2021 of Deptford Township. Age 73. Joseph is survived by his beloved wife of almost 52 years, Dawn L. Hedrich and daughter Kathleen Hedrich (Drew Blagojevic). Joseph was predeceased by his beloved son, Michael J. Hedrich. Surviving family members include Joseph’s grandchildren, Corinne and Evan Blagojevic and Aria Mazey Hedrich, daughter-in-law Christi Reilly, brothers William J. Hedrich (Diane) and Nicholas Collova (Kim) as well as niece and nephews. Joseph is also survived by mother-in-law Mickey Gear (93) and sisters-in-law Donna Schwartz (Andrew) and Melanie Scarcella (William). Joe was born in Philadelphia, PA on May 3, 1948 and spent his childhood in the South Jersey area. He enlisted in the United States Coast Guard in 1965 and was stationed on Long Beach Island, NJ, where he met the love of his life, Dawn, at The Seagull in Ship Bottom, NJ. Joseph and Dawn married on September 6, 1969 at St. Michael’s Church in Chester, PA. During his tenure in the USCG, Joe was duty stationed in many locations: New Jersey (Gloucester, Cape May, Barnegat Light, and Ocean City), Delaware (Edgemoor), Michigan (Charlevoix), New York (Governors’ Island), Connecticut (New Haven), and Louisiana (Grand Isle). Joe also served aboard several ships, including the USCG Cutter Dallas and the USCG Cutter Gallatin. While aboard ship, Joe went to Spain, France, Ireland, Morocco, and Guantanamo Bay, Cuba with the Coast Guard. Joe retired from the Coast Guard in 1988 as a Master Chief Boatswainsmate and went on to hold many positions with various employers, including car sales, corporate security, bartender, and driver. He fully retired in 2006. Joe was a long-time member of the American Legion. He was known to the members of the Woodbury, NJ Post as “Coast Guard Joe” and he would usually visit the Legion at noon for a beer on his days off. After purchasing his Honda Gold Wing in the 1990s, Joe also became an active member of the Blue Knights motorcycle club, an organization of active duty and veteran law enforcement and military. Joe and Dawn enjoyed many adventures with the Blue Knights, including road trips to Canada, New York, New Orleans, Washington DC, and various other places. In 2000, Joe began learning the Bob Ross painting technique and four years later, Joe earned the title of Certified Ross Instructor in landscape painting and began teaching classes. Relatives and friends are invited to a viewing on Friday, July 9, 2021 from 9am to 11am in The Chapel at BOUCHER FUNERAL HOME, 1757 Delsea Dr., Deptford, NJ 08096. Funeral Service 11am in The Chapel at the funeral home. Interment Gloucester County Veterans Memorial Cemetery, Williamstown. In lieu of flowers donations may be made to Leukemia & Lymphoma Society (givenow.lls.org). For directions, to sign online guest book and to view Joe’s Video Tribute visit www.boucherfuneralhome.com.

The family of Joseph F. Hedrich created this Life Tributes page to make it easy to share your memories.

Send flowers to the Hedrich family.